The Battle of Britain Initiates: Arsenal gets Celtic in the Champion's League 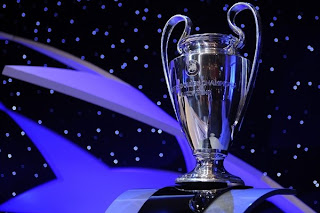 The draw for the Champion’s League play-off round has been made. Arsenal will face the Scottish side Celtic to decide who will proceed to the group stages of the tournament.

Earlier this season, Arsenal had the chance to test themselves against another Scottish side in the Emirates Cup; this time they are facing Rangers’ fierce rivals- Celtic, but they will be playing for much higher stakes.

The sides have never met before in an official match.

Here are some statistics of both clubs:

International achievements: one time winner of the European Cup – 1967


The matches will be played on August 18, when Arsenal is travelling to Glasgow, and on August 26 is hosting Celtic at the Emirates Stadium.
Posted by Unknown at 4:47 AM