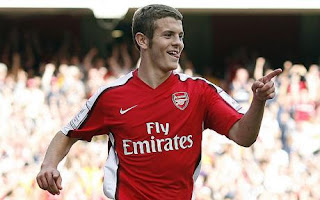 In front of an almost full Emirates Stadium, Arsenal and Scottish side Rangers played the last match of the Emirates Cup, to decide who the winner would be.

Despite being backed by a lively and vociferous crowd, Rangers were not able to oppose Arsenal and eventually suffered a heavy defeat: 0-3.

There was good mood on the stands as the weather was shiny and clear in contrast with Saturday’s rainy weather.

Again, Arsene Wenger went on with the experiments with the squad.

Eboue was back to his old position on the right side of the defence, Gallas and Silvestre partnered in the centre, and the left-side was Clichy’s.

Eduardo was leading the attack with Wilshere on the right and Arshavin on the left.

The match started and it was not long before the first opportunity of the match arose.

Receiving a pass from Fabregas in the box, Arshavin skilfully worked the ball and returned it to Fabregas. The Spaniard, though, fell down on the ground, and out of nowhere yesterday’s man of the match, Jack Wilshere, appeared. His shot slid beneath the diving goal keeper Allan McGregor.

Two minutes after the match has started it was 1-0 Arsenal.

Stunned, the Ranger fans did not quite down though, and went on loudly supporting their team.

Fran Merida produced a through pass to Eduardo, who got it under his control, and coolly directed it towards the right lower corner of the Ranger’s keeper. The ball bounced off the post and rolled in.

From there on it was only Arsenal until the end of the first half, with Rangers threatening only once in the 27th minute when Silvestre intercepted a cross by Davis to send the ball a foot off Almunia’s goal.

Just before the half time whistle, the fans were reminded of a player from the past, by a player for the future.

Jack Wilshere dealt with two Ranger players before he chipped the ball exquisitely toward the goal. McGregor stretched to save his team.

On the half time, both managers decided to bring in new faces.

Clichy and Gallas gave way for Denilson and Traore for the Gunners. Thompson, Lafferty and Beasly from the guests were replaced by McCulloch, Novo and Miller.

With a complete change in personnel at the back, and an improved motivation by Rangers, Arsenal started to experience difficulties.

First, Almunia was able to deflect a cross by Novo, but the ball fell to the feet of Steven Davis. It seemed as if he would score, but Song’s tackle parried the shot at the last moment.

A couple of more attacks passed fruitlessly for Rangers, when in the 62th minute they missed their golden chance.

On the counter attack, Davis was set free by Song’s mistimed tackle. After a spectacular save by Almunia and one more unsuccessful attempt by Ranger’s strikers, the danger was gone.

Then, Wenger made another three substitutions; young talents Watt and Ramsey came on for Arshavin and Eduardo.

But there was one man on fire on the field. 17-year-old Wilshere continued to terrorise with his dribbling and passes.

With the help of his ex-reserve team-mates he scored his second of the match. Twenty minutes from time, Watt battled out for the ball, won it and passed it to Ramsey on the edge of the box.

Ramsey’s cross connected with Wilshere who sent the ball into the top right corner. 3-0 to Arsenal.

Later, Tomas Rosicky was introduced into the game, taking the captain’s brand off the replaced Cesc Fabregas.

Rangers had one more chance to score a goal, unfortunately for them, unsuccessful.

The final result was meant to be 3-0.

The two goals that Jack Wilshere scored were enough to grant his second man of the match award in two days, and to draw the attention of the England manager Fabio Capello, who was watching the game.

Arsenal continues to prepare for the start of the new season. For now, it all seems to go well for Wenger’s team.

They are meeting Valencia six days from now in their last game of their pre-season preparation.
Posted by Unknown at 1:34 PM