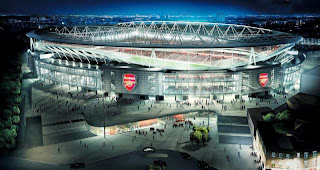 Yesterday, Arsenal’s spokesman William Hill-Wood, grandson of ex-chairman Peter Hill-Wood, announced that Arsenal would be attempting to capitalise on a new breakthrough in science.

Arsenal has failed to win a single trophy for the last 20 years.

The last trophy that came to the Emirates was in 2045 when they beat Glazer-Hicks United in the FA cup (the oldest tournament in football).

The situation for Arsenal has been getting worse lately.

Some of its fans have turned against the current club’s administration, requesting the resignation of the chairman Ben Kroenke. The new technology would be welcomed as a breath of fresh air by the Arsenal board.

The board have voted and accepted a plan to apply for a spot in the government program for reproducing, and request the reproduction of some of the long-gone, past legends of the club.

They have contacted the families of the legendary footballers in question and have successfully obtained hairs, nails, or other parts of the legends’ bodies that contain the needed for the reproduction valuable DNA material.

Many are excited by the prospect of seeing again players like Thierry Henry (remember him?), Patrick Vieira (he was a captain of Arsenal for more than six years), Dennis Bergkamp (The Dutch Magician), and even the most successful manager of Arsenal – the man with a similar name, Arsene Wenger.

The Arsenal faithful have expressed their delight of the board’s plans to resolve the current difficulties.

“We had a meeting with a member of the board in the VS (virtual space) on Tuesday.

“Talks went on for hours, eventually ending in agreement between the two sides that this is the right way to proceed.”

“A present was uploaded to the member of the board as a sign of goodwill by the fans. “

It only remains to be seen if the new plan will take the club to a different path than the one it has taken now.

We will have to wait and see.

It should not be a problem since waiting is a process that the supporters of Arsenal are very much used to.

The sheer prospect of seeing Arsenal back into its glory days again justifies the waiting.

Sometimes being patient pays off.
Posted by Unknown at 11:43 AM