Will Hull City Be Dirty against Arsenal: Let’s look at the Statistics? 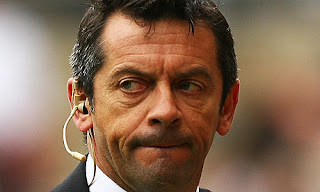 Hull City is currently standing 19th with 10 matches to go until the end of the season. Arsenal, on the other hand, is third and in the eyes of many pundits, potential champions. Both teams have all to fight for—different goals but equally determined to achieve them—which further emphasizes the importance of this clash on KC Stadium.

A further glimpse at the statistics also shows that Hull has managed to gain only four of their total 24 points playing away from home. They are strong performers when they are playing in front of their own fans.

Despite that, their defense is also one of the weakest in the league having let the ball roll past their goal line for 59 times so far—only Burnley has a worse defense with 61 goals.

On the other side of the river, Arsenal is flying high at the moment. The Chelsea and Manchester United defeats are surely beginning to fade in the midst of their last four victorious matches in the league.

Their goal-scoring joy against Porto at the Emirates stadium and the qualification for the quarter-finals of the Champions League will give them further moral boost for sure.

Still, the match is expected to be a hard fixture for the Gunners. Hull City are traditionally inconvenient opponents due to their physical no-nonsense style of play—an approach that Arsenal has been having its share of problems with.

In the last match between the two teams in December, when Arsenal won 3-0, the tension was evident.

Hull City’s manager Phil Brown used tactics which aimed to leave no room for the technically-talented Arsenal players. An occasional attempt to provoke the more impulsive players of Arsenal was a bit unconventional but actually made sense from the weaker team’s point of view.

The technically less talented team has no choice but to do exactly that in the hope to snatch some valuable points to help them in their battle for survival.
Logical as it is, however, there are limits and I’m sure most of us know them. Referees are usually the ones who decide what’s allowed or not, what’s right or wrong.

Another interesting statistics that may help us to determine the fashion this match will be played in is the Fair Play table on the official website of the Premier League.

Arsenal are currently placed first, which means they are the fairest team; Hull City are placed 19th, same place as their actual position in the league table. That raises the question: Just how efficient are the physical-approach tactics?

The importance of the match puts some doubts as to whether Phil Brown will deviate from his ordinary slightly-dirty, as I may call them, tricks. Still, as their actual league position reveals the inefficiency of such approach, will we see something different from the Tigers?

Despite his confrontations with manager Phil Brown, Arsene Wenger recently stated that he holds much respect for him as a manager—a statement that shows that Wenger is ready and will prepare his team for the occasional harder than usual tackle that may come out of over-commitment.

But the referee will have the final word on just how much aggression is considered acceptable. The tension is there and both teams have all to play for: the right conditions for an electrifying clash are there. I, for one, hope it all goes in favour of football.

Do you think Phil Brown will adopt the same techniques as last times, or will something change?
Posted by Unknown at 12:26 PM