Three Reasons Why Abou Diaby Has Been Underestimated 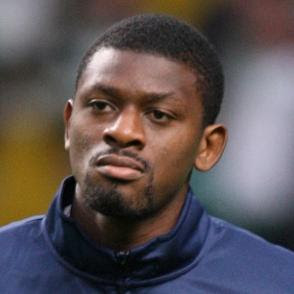 But this has not been always the case. Not once have fans and pundits criticized him for lack of desire on the field, laziness, or inconsistency.

But why is he performing well now? More importantly, why haven’t we seen him play like that before?

To answer these questions, we must remind ourselves of his past.

It’s hard to fill the shoes of all-time Arsenal legend Patrick Vieira. The ex-Arsenal captain was one of the best all-around footballers ever to play for the club.

Since his arrival from Auxerre in January 2006, the towering strong French midfielder Abou Diaby has had to experience an unfortunate turn of events due to his resemblance to Vieira—a physical resemblance coupled with a similar style of play—which led a whole lot of people to think that they have found the immediate replacement of the recently-gone-to-Inter Vieira.

Aged 19 at the time, it was hardly the best welcoming atmosphere for a player of this tender age to feel.

The expectations were huge. Who would fill the shoes of the one of the best players ever?

Abou Diaby was the main suspect. That, however positive in the minds of the fans, did not have a good influence on Diaby.

Not only it put great pressure on him to perform, but also it had the potential to restrict his development as a player. People were expecting him to fill Vieira’s position easily.

He had the physical attributes to do it. He was tall and strong. Even his style of play resembled Patrick’s. He kept the ball, had a good technique, and his height even signaled for potential aerial domination.

But that was not enough.

He had to demonstrate uncompromising and unwavering actions, distribute well-placed short passes and through balls, successfully keep the ball almost each and every time, and remain calm under all conditions. In the minds of the fans, he had to be Patrick Vieira.

It is a hard thing to do, especially, if you have just embarked on your journey called a football career, and you are still about to experience the taste of top-quality football.

How can you prove your worth when you are not participating?

Another major reason, probably even a bigger factor for the underestimation of the quality of Diaby as a player, is the injury spells.

Having managed to participate in 12 games since his move from Auxerre in January, the French prospect suffered a fractured and dislocated ankle caused by a vicious two-footed tackle performed by Sunderland’s Dan Smith. The injury ruled Diaby out for a whole nine months.

Around February the next year, 2008, recently recovered Diaby sustained another injury, this time to his knee. During the same month he sprained his ankle.

An injury-ridden season that also included a concussion in April and sprained ankle in August allowed the Vieira-like footballer to record only 12 matches, a number that once again did not allow him to show his quality to a full extent.

Despite all those setbacks Diaby successfully formed a good partnership with talented fellow midfielder Alex Song when he had the opportunity to play, recording 24 matches and scoring three goals.

This year’s competition hasn’t differed a lot from the past seasons as well. Still, even though he has suffered injuries on three occasions so far, Diaby has managed to grab 18 starts and has contributed five goals.

With already five years at the club, Abou Diaby has amassed a total of 79 matches, suffering injuries on 13 occasions. It is not wonder that he has been underestimated. It actually comes as a surprise to some that Diaby is putting up some stellar performances this season.

Keeping him fit would be the key to unlocking his tremendous potential.

On a number of times during the previous season, Diaby was played out of position. He was usually placed on the left wing, which up until the arrival of Samir Nasri was a position that caused Arsene Wenger big headaches.

According to Wenger, the placement of Abou Diaby on the left side of the midfield was part of his development as a player. But it was obvious this was not the position for him. He didn’t possess the necessary speed to be there and kept drifting to the centre, causing more problems and earning him the label of “undisciplined.”

Which, plainly speaking, was not true.

A tall, strong player’s more natural position would be the centre of the field, where he would be able to disrupt the oppositional game, keep the ball in possession, and do forward runs, which we all know Diaby can.

That is why the new system that Wenger incorporated into the squad, 4-3-3, was the best thing that ever happened to Diaby. If healthy, he would certainly be first choice to play alongside Song, with whom he has a great understanding, or/and with team captain Cesc Fabregas.

What makes him perfect for this formation is that he can both help Song with the defensive workload and Fabregas by drawing the attention away from him or by doing forward runs, thus adding to the variety of the attack.

Abou Diaby has had his share of hard times—hard times which have painted a different image than the one Diaby is supposed to have.

But one thing should be remembered when evaluating this embattled French midfielder. Whether injuries, bad influence, or being played out of position, the man has overcome it all. Resilience, when coupled with talent, the presence of which in Diaby is irrefutable, is the dough for a key player in the making.
Posted by Unknown at 2:30 PM