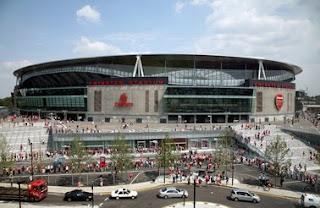 For the sixth year in a row, Arsenal are struggling to win trophies. Three chances of doing so were wasted in a matter of two weeks. Who is to blame?

Anyone but Arsene Wenger.

In 15 years, Arsenal has achieved just enough to match the famous Herbert Chapman side of the 1930s that dominated England. Seven trophies won under Wenger, just the same amount as the 30s teams.

Yet, six years of trophy drought stand like a gaping wound in the heart of anyone who cares about Arsenal, a club that has won the Premier League 13 times and many other trophies, including the European Cup Winners Cup and the Inter-Cities Fairs Cup, but not the most prestigious one: the Champions League, the tournament that grants clubs the permit to call themselves giants of football.

For many years Arsene Wenger has failed to secure the trophy that could signify the real growth of the North London club. In fact, he has not won anything for six years, despite being close on several occasions.

What is wrong with the Arsenal?

While the FA is concerned about spreading the popularity of the English Premier League, the clubs are left to do similar tasks themselves.

In 1999, following a spectacular double the year before, the administrative board made a decision to build a new venue capable of hosting over 60,000 people—a stadium that would bring Arsenal closer to the image of a big club, closer to the biggest clubs on the football stage.

It was a clear signal that work is being done to ensure Arsenal becomes one of the best, if not the best, in the world.

In 2004, construction of the stadium situated at Ashburton Grove began. 390 million pounds were needed to fulfill the immense project, and most of the money was borrowed from banks.

In 2006, the Emirates Stadium was built and its naming rights sold for 100 million pounds for the next 15 years. On top of that, business spread its hands from football and to property development in the place of the old iconic stadium Highbury.

The total cost of both projects amounted to an astounding 470 million pounds.

To make matters worse, the credit crunch gave birth to the economic crisis in 2007.

Despite all the obstacles, by means of rigid savings which have annoyed fans on countless occasions—inactivity on the transfer market, low players’ wages and others—the club has unbelievably managed to reduce its enormous debt to peanuts.

It now has no property debt, and the debt still looming for the Emirates project was cut to 206.3 million by February 2010.

The debt is continuing to diminish and, at the current rate, it will be fully repaid in a couple of years, with the new stadium left to generate clear profit.

With the Emirates business move, Arsenal has become the best-run club in England and is financially rivaling giants like Real Madrid and Barcelona.

Arsene Wenger has been a key figure in that transition becoming possible.

Frugal, he’s been called, stubborn for refusing to buy expensive new players, and other epithets derived from the frustration of fans who only see results on the field.

As teams like Barcelona, Manchester United, Liverpool, Chelsea and Manchester City sink into more debt, Arsenal are on their way up and out of it.

The French manager has managed to keep the team title-competitive in times of financial crisis. It's undoubtedly a big achievement and its long-term effects should not be underestimated.

Despite selling key players throughout the years, despite living through hard times of trophy drought, Wenger is on the right track.

The squad looks much closer to completion than it did last year. Yes, great disappointments were suffered in a matter of two weeks this season, but what should not be forgotten is that Arsenal is on a road to join the biggest football clubs in the world.

It’s funny how the club is already considered to be in the top 10, despite not winning anything for six years.

This year, although the nightmare of injuries in crucial times is beginning to affect performance, Wenger’s men have been consistent enough to have the chance to battle for the Premier League title once again.

Wenger is a man on a mission to help transform the club for the better and to leave it in a completed state before his departure.

Doubts dispersed, he should not be relieved of his post before he completes his mission. Fans should not overlook his work behind the scene.
Posted by Unknown at 7:29 AM