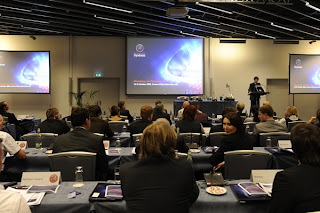 Arsenal’s ruling body and manager received a huge boost for their confidence after the announcement of the UEFA administration that they will work towards accepting new regulations which would restrict the financial freedom of some clubs. By introducing the Financial Fair Play concept, they are hoping to retain the integrity of football.

Among the points being put into consideration were that clubs would be forbidden to repeatedly spend more than their income; a limit would be put on the players’ wages and on transfer fees as well; also the clubs would be expected to fulfill their commitments, whatever they might be, on a timely basis.

UEFA’s new theoretical, for now, regulations would attempt to curb the financial chaos that some clubs are creating by spending a lot more than their income. These are clubs usually owned by very rich people who ignore the actual turnover of the club and take all financial issues in their own capable hands.

Clubs like Manchester City, Real Madrid, Chelsea, and others would have to adapt and are expected to strongly feel the ramifications of this rule.

Arsenal, however, has already embarked on the road of a financially self-sustaining club and it is certainly in a significantly more favorable position than most of its rivals.

Speaking on the Arsenal website, Arsene Wenger shared his thoughts on UEFA’s intentions:

“We can be only stronger, because at the moment we fight with teams who do not respect that [Financial Fair Play],” said Wenger.

“I do not know how much time it will take to get that rule in place, but we will adapt.

“But I believe we will dominate even without a change of rules.”

It is certainly a welcome decision by the Arsenal manager and board. But to really be able to comprehend how teams would be affected by such decision by UEFA, we will need numbers.

How much have the clubs really spend? Is it that much?

In the past years, here’s how much the major players have spent in the transfer market:

The two titans rocking the financial world of football are followed by the new member in the club of billionaire-owned football clubs, Manchester City, with the sum of around £185 million (£120 million spending during this year’s summer transfer window and around £65 million more from the previous years).

If you compare that with Arsenal’s measly £60 million since 2004—a sum which still remains unreachable for the majority of clubs out there—you would begin to understand why UEFA is attempting to take such measures.

Since the invasion of billionaire owners began, the world of football has been split into two. On the one side, there are the supporters of—let’s call it—the-brutal-law-of-nature financial policy in which the small one is eaten by the big one; policy signified by the big spending of the clubs, with the help of their billionaires’ unending resources.

On the other side, there are people like Pele and the current UEFA president Michele Platini, who believe that football is much more than a business and have more than once come out with their annoyance and disapproval for the unreasonably big spending of some clubs.

Pele once said for the L'Osservatore Romano, “All I know is that it is not fair or democratic,”

"It is the big one eating the small one. Maybe it is normal, but it is dangerous for football.”

It makes you stop and think, doesn’t it? Where is the whole thing going with this transfer-fee funfair going out of control? To top it, the inflation of money amongst economic crisis certainly doesn’t help those numbers too.

So, in the end, someone has decided to act. UEFA is considering the new rules, and they have made the first steps in keeping the integrity of football in tact.

For some it may be a step backwards, but for others, this could mean the beginning of a long process of reincarnation of football in its purest form.

One thing that cannot be denied is that UEFA’s drive to make the football clubs financially self-sustaining would improve the financial health of football. Eyes can be turned away from foreign desirable players and turned towards the clubs’ own youth divisions.

The rule could help the development of more players from the youth ranks. What better than seeing more world-class players emerging on the field, and not only a handful of great players?

One thing is certain: A change like that can bring the end of the billionaires’ reign in football, and the clubs that have not been bought by ones would benefit the most.
Posted by Unknown at 12:37 PM